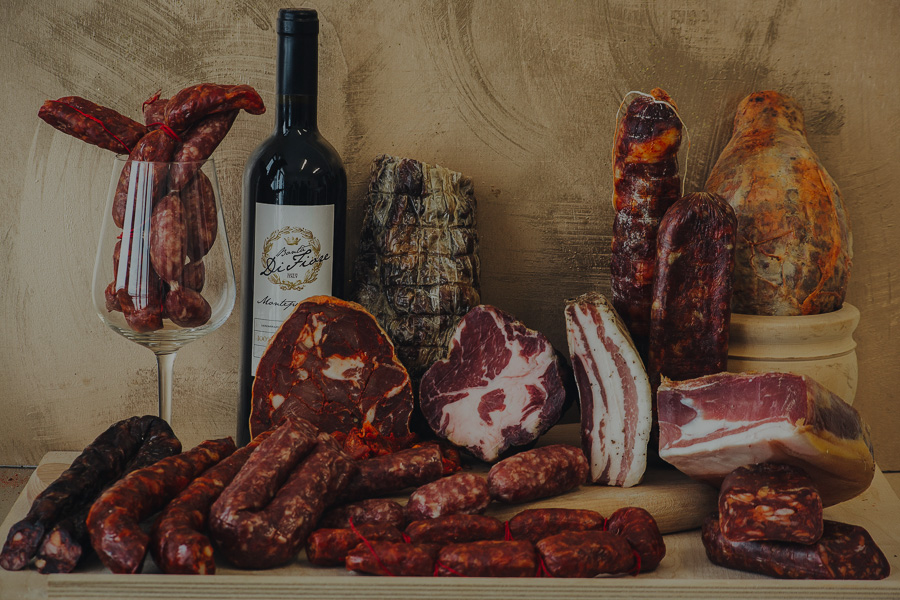 Di Fiore’s artisan factory is located in Fresagrandinaria, a small town between Abruzzi and Molise. In 2007, the founder Stefano Di Fiore decided to gather information from his family, which hand down from one generation to another the secrets of local cured meats.

From this cultural and gastronomic heredity was Bontà Di Fiore born. Its purpose is to exploit and make the world known Abruzzi’s culinary art.
In 2013, the meat factory also took part in the Italian Salami’s Championship in Cernobbio founded by 5Ts Academy, presenting the most famous abruzzese cured meat: Ventricina. With respect for traditions and tastes, selections of national and local raw materials and great passion it won a first prize both in Best Salami and in Best Spicy Salami.
Thanks to this success, Bontà Di Fiore brings the new line of Abruzzi’s sectioned speciality on international tables.

This website uses cookies to improve your experience while you navigate through the website. Out of these, the cookies that are categorized as necessary are stored on your browser as they are essential for the working of basic functionalities of the website. We also use third-party cookies that help us analyze and understand how you use this website. These cookies will be stored in your browser only with your consent. You also have the option to opt-out of these cookies. But opting out of some of these cookies may affect your browsing experience.
Necessary Sempre abilitato
Necessary cookies are absolutely essential for the website to function properly. This category only includes cookies that ensures basic functionalities and security features of the website. These cookies do not store any personal information.
Non-necessary
Any cookies that may not be particularly necessary for the website to function and is used specifically to collect user personal data via analytics, ads, other embedded contents are termed as non-necessary cookies. It is mandatory to procure user consent prior to running these cookies on your website.
ACCETTA E SALVA